June 17th was our 1st wedding anniversary. I cannot believe we’ve been married for one year. It feels like 20! Just kidding. But seriously, I remember the wedding like it was yesterday. And I remember the harrowing months of wedding planning that led up to it (I’m not sure I’ve fully recovered yet). But here we are a year and several home repairs later, still having fun like the overgrown kids we are.

We celebrated the milestone by having breakfast on the couch (as opposed to breakfast in bed) because it is in front of the TV. And someone (who shall remain nameless) was engrossed in a certain World Cup soccer match between Germany and Mexico. Later, we went to a Korean spa to relax.

If you haven’t been to a Korean spa, I would highly recommend going. I have only been to two, but Spa Castle is my favorite so far. Korean spas usually have several themed saunas and a spa pool that has therapeutic jets that make you feel like you’ve undergone a “deep massage.” Korean spas are usually open 24-7 and can get busy in the afternoons and early evenings. So, we like to go in the early morning on weekends to avoid the crowds.

Spa Castle has two different pools with therapeutic jets that focus on different muscles. I usually spend a good hour or two just in the pool with the jets pinpointing my head, neck, and back.  I just lounge there, in the warm water, losing track of time. I think of massages and spas not only as therapeutic, but also as medicinal. I never feel guilty about spending money on things that rejuvenate my body and spirit. And FYI, for the Dallas area folks, Groupon regularly has Spa Castle and King Spa featured on their site.

Anyway, after we finish with the jets, we head over to the Hinoki Bath, a hot tub made of pine wood that is based on a 300 years old traditional practice. We then decide it’s time to hit the saunas. 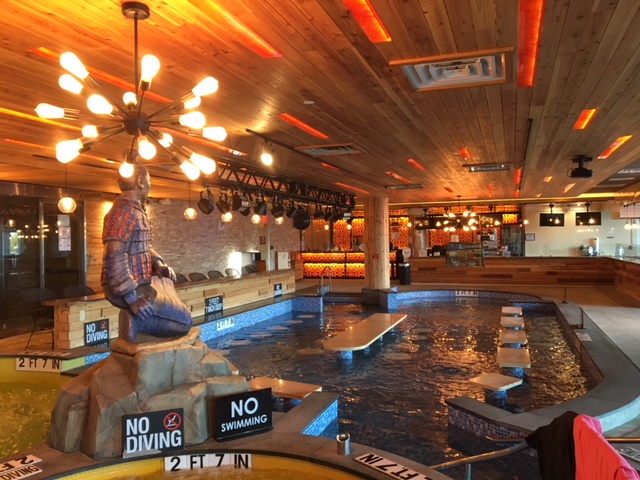 We head to our respective locker room (it’s separate for men and women) and meet each other in the sauna area. Each sauna has a different theme and different temperature. There is a charcoal room, a roman bath, a color therapy room, and even an ice room. Each room is said to rejuvenate the body in some way. My favorite is the Himalayan Salt Room. Himalayan salt is supposed to help detoxify the body and help alleviate allergies and asthma. But I just like the salty aroma and how the glowing pink salt rocks illuminate the otherwise dark chamber.

In the sauna, I close my eyes, letting my mind wander, and for a moment, I am transported to another world. I feel like I’m hovering out in space somewhere. Time slows, and all my worries seem to evaporate with the heat. I breathe in the salty warm air and slowly exhale. This is my happy place.

After an hour of lounging in the sauna, we get lunch.

O.K., so now for the food. Spa Castle has a sushi bar and a Korean station that serves authentic dishes of Korean BBQ, noodles, and soup bowls. We were in the mood for sushi and ordered the Aloha roll with spicy tuna, avocado, and albacore and a Philadelphia roll. We also ordered a house salad with spring green lettuce and tangy Asian sesame seed salad dressing to get some greens in. It was all delicious! 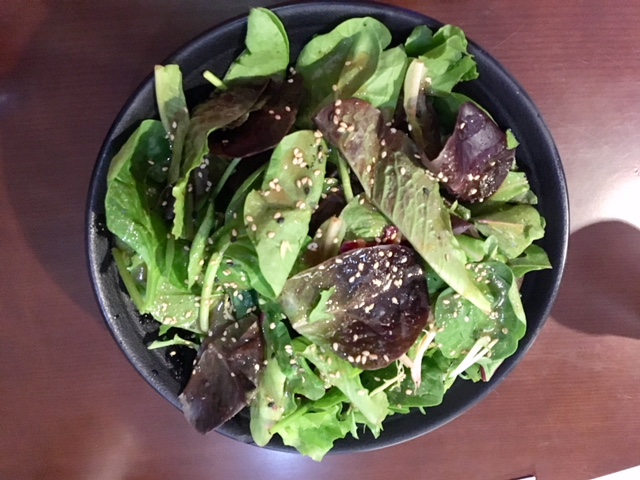 It seems that every time we leave, we are so relaxed we feel like putty, and use the last bit of our energy to drag ourselves to the car and drive home to take a nap. Yep, I know, we’re big party animals. We’ll try to contain ourselves over here! But it was a great day!

For our breakfast on the couch (while that certain someone was watching the World Cup), I made one of our favorite morning meals, an open-faced bagel with arugula, avocado, tomato, and veggie cream cheese. It has become one of our breakfast staples because you can put it together pretty quickly. I got the inspiration from a breakfast bagel I had at Einstein Brother’s Bagel in Plano and had to create my own version. Hope you enjoy!

Salt and pepper to taste

Cut bagel in half and toast. Spread cream cheese on both sides. Layer the tomato, and then the avocado on each half of the bagel. Top with arugula. Add salt and pepper to taste. Serve immediately.

View all posts by Lauren